Since I made the decision to cut the cord, I’ve been primarily using Roku devices for more streaming needs. I also have a Chromecast for easy streaming from my phone, PC, and Chromebook. I even have a FireTV stick that I rarely use, but often take when I travel. However, when HBO Max came out I was disappointed that the Roku didn’t have the app. I waited a bit and used my Chromecast to watch HBO Max, but I prefer to have a remote to rewind and change the content. Casting is great for videos on my phone and YouTube videos, but I prefer a remote for TV and movie watching.

I considered an Android TV box years ago. At the time, the only ones with good reviews were the relatively expensive Shield TV devices. The Shield TV (and Pro version) are still expensive, but now there are more options. And with Android TV supporting HBO Max, it was time to look again.

The specs of most of the non-Shield TV Android TV boxes don’t change a ton.

What’s in the box

The leading boxes and sticks are the Xiaomi Mi Box S, the Xiaomi Mi stick, the Tivo Stream 4K, along with the aforementioned Shield TVs. There are a lot of Android boxes out there, just know that most of them are Android, not Android TV, which means they aren’t optimized for a TV or remote. They may work well for you, but some apps will have control and layout quirks.

Note: The new Google Chromecast with Google TV came out as I was writing this article. When I get my hands on one, I’ll let you know how it compares. Here’s my review of the new Chromecast.

I’m not interested in paying $150-$200 for a streaming box, like the Shield TVs would cost. The Mi Stick, Mi Box S, Tivo Stream 4K, and Jetstream can all be found online for around $50 or less if you look around. The Xiaomi and Tivo boxes are sometimes less, but I value Ethernet connections for my stationary streaming boxes. Sure, wireless ac is faster than 100Mbps Ethernet, but it isn’t always more stable, which is important to my streaming experience. Also, I have over 70 Wi-Fi devices on my network already. I’d rather save the Wi-Fi bandwidth for the devices that truly need it.

While you can buy a USB Power/Ethernet adapter for the other boxes, that adds $15-$20 to the cost. That’s why I went with the Jetstream.

Jetstream set up and use

Setting up my the Jetstream isn’t any different from setting up other Android TV devices. First, you connect it up to the TV and to your network. After the Jetstream boots up it will ask you to pair the remote control and give you easy instructions to do so.

After that, you can set up your Android TV device using your phone. It’s a lot like signing in to many apps on many streaming devices. You go to the Google app and type in the code you see on the TV, and then follow the rest of the instructions.

Using the Jetstream is like using other Android TV devices. This is my first Android TV device and using it took a little getting used too. I was able to find apps easily, and the apps behaved mostly like they do on other platforms. Customizing where apps are on the screen along with the different rows of apps and shortcuts took a little learning, but nothing out of the ordinary for learning a new platform. It isn’t as intuitive as the Roku, but you get more options.

Most importantly, I could install HBO Max and use it without any problem. The picture quality on my 4K TV and my 1080P TV were both excellent. The UI wasn’t laggy at all. And, although I don’t use it much, it’s nice to have Google Assistant on the remote.

Overall, I’m happy with the Jetstream. The user interface is snappy, and, unlike my Roku, it has HBO Max. Unlike most streaming boxes, it comes with an Ethernet port, which I very much appreciate for stress and interference-free streaming.

If you’re looking for a streaming device, Android TV devices should be on your list to investigate. There are a lot of low-cost Android TV streamers, but few with Ethernet connections built-in. If that’s what you are looking for, and you don’t need all that a Nvidia Shield has to offer, this might be your device.

Shelly Plug US: Is it the Best Smart Plug?
The Best Chromebooks You Can Buy Now (2021)
My Smarthome Evolution: Part 3 - Current State
Share this: 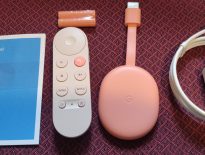 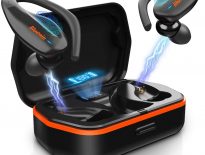