There is no single piece of entertainment software used by my family more than MythTV over the past decade. It has been a great ride. Now that I’ve cut the cord, it’s time to say goodbye. Here is my journey from the beginning to the end.

What led me to MythTV

I’ve always been a fan of Linux, and I’ve always wanted to provide a rich multimedia experience in my home. I had compiled a large amount of digital music, videos, and pictures I wanted to be organized. I wanted all of this content to be easily streamed to computers throughout our home.

Additionally, I was not at all happy with the DVR supplied by the cable company. It was slow, had limited storage, and extremely cumbersome to use. I had played with SageTV, MediaPortal, and even Windows Media Center. Although there were good things about all of them, none of them quite did what I wanted and were open source and ran on Linux.

Then I found MythTV. It had all the features I was looking for and more. Some of the highlights for me:

I also really appreciated the MythTV community. Many people were active in support and development.

I settled on the Ubuntu platform, and luckily there were up to date packages I could install. Configuration was fairly involved. I walked through quite a few configuration screens telling MythTV about my recording devices, storage locations, database passwords, etc.

For each frontend, I tweaked how MythTV displayed on the screen and how it transmitted audio. I installed drivers and firmware for some tuner cards and graphics cards. At the time I think it was important to know a lot about your hardware to get a good experience.

Eventually, I got it all to work and it was glorious. Cable companies transmitted the majority of their content digitally unencrypted via QAM. My digital tuner cards were able to record everything I wanted.

Music, recordings, videos, and pictures were available on every computer and TV in the house. I absolutely loved the ability to skip commercials!

Over time, MythTV supported more and more hardware and became easier and easier to install. Mythbuntu came of age and made install and configuration much more accessible to many people. Unfortunately, cable companies tried to make it harder and harder to record content without their DVRs.

They started encrypting their QAM signals and stopped transmitting analog signals. I responded by learning how to control and record from their cable boxes using a firewire connection. I also bought a cheap indoor antenna and began to record local stations over the air.

Hardware appropriate for MythTV became better and less expensive. I started off with one, somewhat loud, desktop connected to my TV. Eventually, I standardized on using Atom powered Zotac bookshelf computers that were quiet, low powered, and provided flawless video to each of my TVs. Cheap IR receivers connected to each frontend allowed me to control MythTV with my universal remote.

Eventually, the cable companies closed the loophole on most digital and all analog recording. I had to use a cable card and a Silicondust HD Homerun Prime to record to MythTV, and due to copy protection flags MythTV would only be able to record some of the channels I subscribed to.

I eventually switched to Direct TV, although I still received the basic cable channels via the cable card as part of my Internet package. There is no cable card with DirecTV, but their boxes had analog component outputs. This allowed me to use an HD-PVR to record in high def to MythTV.

My final configuration consisted of:

I ran with this configuration for years. Occasionally I upgraded the computers or MythTV, but mostly just let it run. Everything pretty much worked flawlessly. I had a fault tolerant multimedia distribution system running in my home.

The beginning of the end: cutting the cord

Over time, the DirecTV subscription became too expensive. Their DVRs started failing and I had a series of horrible customer service experiences. Thus began my journey to cut the cord.

As I moved from DirecTV to YouTube TV, I no longer needed MythTV as a DVR or for live TV. I standardized on the Roku streaming platform and I wanted all of my streaming video (including local media) to be accessed via a Roku app. This would provide my family with a unified experience, and reduce my support load!

After cutting the cord, I shut down and repurposed or sold all of my MythTV only hardware. I started using MythTV in 2006 but did a full rebuild and fresh start in 2008. Below is how much my family used MythTV over the years.

There are still many reasons to use MythTV. There are now stable Android apps, and installation and configuration have never been easier. It just doesn’t work best for my use case anymore.

See also  The Best Tech Gifts For This Holiday Season

I’m gonna miss it. It was light years ahead of other systems and installs had become easy. 6 months into cutting the cord, I don’t think I’m going back. My technology and viewing needs have changed, and my technology stack must change with it. 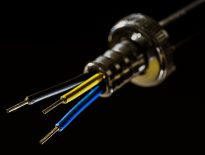 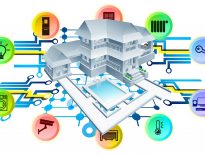