Not too long ago, I wrote a review of the Ematic Jetstream 4K Android TV box. It’s a pretty good box, and Android TV has come a long way in the last couple of years. Enter the brand new Chromecast with Google TV from Google. It’s an upgrade to the traditional Chromecast that adds Google’s own flavor of Android TV, which they call Google TV. Is this the Android TV device to get? Is this a worthy competitor to Roku Premiere, Roku Streaming Stick+, and the Fire TV 4K Stick? Read on to find out!

What’s in the box?

Note, it doesn’t come with an Ethernet connector. I prefer wired connections for stationary devices, especially streaming devices, whenever possible. You can add an adapter that allows for power and Ethernet directly from Google. I have this USB type C to Ethernet and power adapter that also allows for compatible USB devices. It costs less, has more functionality than the official Google adapter, and works well. It’s worth looking into.

Set up and use

Setting up the Chromecast with Google TV is pretty much like any other Android TV device or any Android device for that matter. First, you’ll need a Google account to use it. After pairing the remote control by following the instructions on the screen, you can set up and sign in to the Google TV device using your phone or by typing in your WiFi info, email address, and password. If you are using your phone, you go to the Google app, scan in the QR code you see on the TV, and then follow the rest of the instructions.

See also  The Current State of My Smart Home

The user interface is different than other Android TV boxes. Google has customized the experience to differentiate and hopefully improve the experience on their device. The goal of the new interface is to bring together movies, shows, live TV, and other services across your apps and subscriptions and organize them for you. What this practically means is:

You can get more of a sense of Google TV’s interface in the YouTube video below:

Overall, I’m a big fan. Having recently gotten into Android TV helped me to get comfortable with the device quickly. Here’s what I like and don’t like:

*Google Stadia support is supposed to be coming in 2021.

As I wrote earlier, I recently bought the Ematic Jetstream 4K Android TV Box. What I like more about the Jetstream is that it comes with an Ethernet port and USB inputs. But, it uses an older version of Android TV, a slower processor, and consequently, the UI is slower than the Chromecast with Google TV. Plus, I prefer the Google TV interface over the stock Android TV interface.

There still is no comparison price-wise or performance-wise to the Shield TV devices, especially the Pro version. But if you don’t need to transcode 4K Plex shows and play tons of video high powered video games, the Shield’s are overpowered for your needs. The Chromecast with Google TV will do just fine and has a newer interface.

The Mi Box S, a favorite of Android TV fans, is in the same boat as the Ematic Jetstream: lower-powered, older Android TV version, and no Google TV interface. It also doesn’t have an Ethernet port.

The Tivo Stream 4K is an interesting comparison. Its processor is closer in speed than the Jetstream and the Mi Box S. It also has it’s own Tivo proprietary aggregator UI. However, I prefer Google TV’s interface, and I would expect Google TV to receive updates faster than the Tivo Stream.

I’m a big Roku fan. I have been using a Roku Ultra as my primary streaming device because they are simple, fast, and have an Ethernet connection. Up until recently, they’ve also been platform agnostic, avoiding the battles Google and Amazon have had over the years.

Now they are in a fight with HBO Max, and just recently made up with Peacock. Not having HBO Max is what made me look into Android TV boxes in the first place.

The Roku is still easier for someone who has never used even seen its user interface to use than Google TV. But it does visibly show more advertising. Google Assistant and Chromecast ability are big advantages for Google TV. Some Roku models have voice control, but nothing on the level of Google Assistant. They have limited casting and screen mirroring capabilities, but nothing on the level of Chromecast ability.

Bottom line, Rokus are easier to use, but Google TV has some advantages making them really worth considering, especially if you want HBO Max and are interested in Google Stadia.

The Amazon Fire TV 4K device is almost 2 years old now but still does a great job. It also doesn’t have HBO Max (you can sideload it) and I find the Fire TV interface to be convoluted and too Amazon-centric. I also prefer Google Assistant to Alexa. But if you prefer Alexa, are all in on the Amazon ecosystem, the Fire TV sticks are probably better for you.

Final thoughts on the Chromecast with Google TV

This is the Android TV device to get for most people. Unless you need to awesome gaming and Plex power of an Nvidia Shield, there’s no reason to buy any other Android TV or Chromecast device, unless you want to save a few dollars and/or don’t need 4K.

7 Online Shopping Tools You Should Be Using
7 Things You Need To Know When You Cut The Cord
2022 HomeTechHacker Year In Review
Share this: 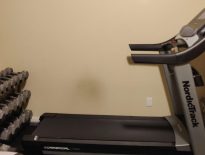 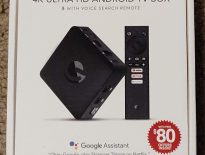