Has CenturyLink been advertising fast fiber speeds and a low price “for life” in your area? Are you considering upgrading your Internet service? Reliable and fast Internet service is critical for cordcutters and for making your home prepared for COVID-19. I moved from Xfinity (Comcast) to CenturyLink to lower my fees and improve my service.

Here is my story along with some key information to know if you are considering doing the same (or similar).

Why I switched to CenturyLink

I’d been using Comcast/Xfinity for over 15 years as my Internet Service Provider (ISP). For the most part, I had been happy with the service. I had decent speeds (150Mbps down, 15Mbps up) and uptime was good. Why did I change? There are quite a few reasons.

Over the years, the cost of Comcast has been going up, for both Internet service and TV. In an effort to control my costs, I cut the cord which reduced my cable bill considerably, but I was still paying about $100/month for Internet access. Xfinity has so many fees they add on to your service to drive the cost up.

They also have a 1 Terabyte data cap which will result in extra fees if you exceed more than twice. We’ve gotten close a couple times, and as 4K becomes more prominent, it will happen. CenturyLink gigabit fiber in my area doesn’t have a data cap.

It wasn’t like price increases were accompanied by speed increases. I had the same speed for 7 years. When I looked into upgrading my speed (especially upload speeds which really help when I VPN to my home network) the costs were just too much.

Customer service was really the final straw for me. I bit the bullet and tried to upgrade my speed. However, my speeds actually dropped after I got the upgrade, from 150Mbps down to 30Mbps! Now I was paying about $100/month for slow Internet. I rebooted my modem and my router to no avail. I called customer service and they simply remotely rebooted my modem.

Customer service was unable to fix it and scheduled a service technician to come to my house. But the worst part is that for the next hour my modem kept rebooting. I called customer service again and was told they sent a few signals to my modem that caused it to reboot and that it would stop eventually! I had pretty much had it with Xfinity.

Luckily, the rebooting stopped shortly after the call. A couple of days later my modem was giving me the speeds I was paying for, without the need for a service visit. Perhaps they fixed something on their end. Either way, I was going to seriously consider an alternative.

I’d been receiving CenturyLink brochures for weeks, promising gigabit fiber speeds for just $65/month. I was always skeptical fiber was really available in my neighborhood, as we have really old wiring in this neighborhood. Plus, my house has a long driveway hill that is far from the utility poles and I wasn’t sure there was a way to run fiber to my house.

I went to CentuyLink’s fiber availability web site and it said Fiber was available in my area so I signed up. I had to sign up for “SimplePay” in order to schedule an installation appointment, which required a payment method be set up. They charged me for the first month’s service on the spot, even though the install wasn’t for another week. Not too big of a deal, just something to know. The installation itself was free.

When the installer arrived on installation day, he confirmed my suspicions that installing fiber to my house would be no easy chore. The first thing he said to me was “I don’t know if this is gonna work.”

The next step was to install an Optical Network Terminal (ONT) and run fiber to it. An ONT is a network interface device that converts the optical signals coming from the fiber cable into electrical signals going into the more common ethernet cable (and vice-versa). You can kind of think of it as a cable modem for fiber.

The tech installed the ONT in the garage, which was fine. However, he used a GFCI outlet to power it, which I did not like. This outlet is on the same GFCI circuit as my outdoor outlets. Every once in a while, when someone uses power tools or I have Christmas lights that get wet in the wrong spot, it trips the GFCI outlet. I’d rather not have my Internet go down when that happens. Sure enough a few weeks after install this happened. I eventually plugged the ONT into a UPS (uninterruptible power supply) connected to non-GFCI outlet.

The ethernet wires that connect each room in my house all run to a central place near my attic. However, my router is in my office, right next to the garage. I preferred the tech just run ethernet to my office from the ONT for a shorter run. He preferred to use existing ethernet run to my attic and then back to my office. I didn’t think it would make a huge difference, so I went along.

After that, it was a simple matter of the tech connecting the ethernet to their gateway (ZyXEL C3000Z) and then activating everything.

I connected a single computer up to their gateway and ran some speed tests. Speeds averaged about 450Mbps up and down using their gateway. I was disappointed given the advertisement as “gigabit” Internet. The tech mentioned a couple of reasons the speed might be less:

I mentally added a third reason. The length of run from cat 5e from the ONT to the gateway. I estimate it to be over 100ft. After the tech left, I ran an ethernet cable directly from the ONT to the gateway via my garage entry door (about 30 ft) and the speeds went up about 25Mbps each way, but not enough to make a big fuss about redoing the install. Besides, 450/450 is way faster than the 150/15 I was getting from Xfinity and way faster than I needed.

Editor’s note: My speeds are now consistently above 900Mbps up and down. Check out the part of my home lab article where I discuss upgrading my router hardware.

If you want to use your own router with CenturyLink’s gateway you’ll probably want to make sure and put their gateway in “transparent bridge” mode. If you don’t you’ll probably run into double NAT problems.

Alternatively, if your router supports it, you can connect to CenturyLink’s service via PPPoE without using their gateway. Before the tech left, I told him I planned to set up my pfSense router (I use pfSense for many reasons) to access the internet connection and not use their gateway at all. No need to have an extra piece of network hardware running, increasing complexity and energy usage when I can connect to CenturyLink using just my existing router. Before he left, he gave me the PPPoE login credentials that I would need to set up the connection in pfSense. Here are the high-level steps to get this up and going in pfSense 2.4.4:

That’s it! For step by step instructions with pictures, check out this detailed post. You can probably adapt these instructions to other routers if they support PPPoE connections.

Upload speeds were consistently about 25Mbps slower and download speeds 25-75Mbps slower when using my router. I think this is partially because when my router is connected, so are all the other devices on my network, which also take up bandwidth. It also might be somewhat due to pfSense not being as optimized for this connection as the CenturyLink hardware is. Still, blazing-fast speeds compared to what I had!

Editor’s note: My speeds are now consistently above 900Mbps up and down. Check out the part of my home lab article where I discuss upgrading my router hardware.

In the end, this was a no-brainer move. CenturyLink has been rock solid since I moved over to it. I’m saving $35 dollars a month for more than triple the download speed and more than 20x the upload speed. Pricing is a flat $65/month all taxes and fees included. More speed, less money. I’ll take it. I just wish it was truly gigabit.

I used these savings to implement a pay as you go cellular connection as a failover backup Internet connection for my home. So now Internet at our house can even survive downed lines. 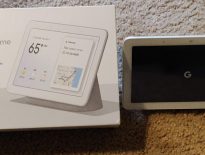 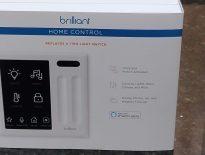