This is part 2 of 4 in my series about my smarthome evolution. In part 1 I discussed how I got my start into developing my smarthome. When I started, I didn’t focus on the concept of a smarthome. I just wanted to make streaming TV, video, and music throughout the house easy, and add some security and convenience to the house.

In 2012 we decided to move and settled on a house where the build was in process. They accepted our offer right before laying electrical wire. I showed up that day, without having much time to plan, but knowing I wanted wired ethernet in almost every room. The electrician agreed to dual runs of Cat 6 cable throughout the house. I also specified a couple of outlet locations near the roof outside. Looking back there was much more I should have had them do. However, installing ethernet everywhere enabled me to reliably move into the next phase of my smarthome evolution.

In my old house, I only had ethernet connections in a couple of rooms. The home we moved into (my current home) has wired ethernet to almost every room, all terminating into a structured wiring cabinet in our master closet. I purchased a smart switch (D-Link DGS-1100-16) that I could monitor to connect the house.

Because I planned to run servers and my router in my office, I purchased another D-link switch. The switch allows me to do link aggregation and port mirroring, which I needed for my intrusion detection system, Security Onion.

Security Onion is a powerful IDS/IPS that runs on Linux. I spent weeks tuning it to help me assess and respond to threats on my network. How often and how many bad actors try to break into home networks amazed me. It’s pretty much daily, and probably increasing. I will never go without an IPS/IDS again.

I repurposed the Linksys WRT54Gs that I had in the previous home as guest wireless access points in this home. The DD-WRT firmware made this fairly straightforward. I added a TP-Link AC1200 router (configured as an access point) to my setup. In addition to being inexpensive, it added the faster 5Ghz N and AC speeds to my network.

After moving to a new home I decided it was time for a new alarm system. The successful DIY system install in my last house made me confident I could do it again. I purchased and set up a Visonic PowerMax Complete system, and continued to use NextAlarm as my monitoring service.

This is also when I installed a few video cameras and set up surveillance using Zoneminder. Always being somewhat cheap as I step into new arenas, I purchased a couple of Foscam IP cameras and a couple of clones for my first setup. They weren’t outdoor cameras, but they held up well under the protection of eaves.

Zoneminder was a great leap forward in security. It allowed me to do motion detection and record events around my home. Zoneminder also has the capability to alert me when certain criteria were met, such as motion in the house during the days (when no one should be home) or when there is motion near my front door during the day (delivery from Amazon!).

This time period is when I truly got into home automation. For the first steps, I installed the same light timers for my outdoor lights that I had in my old house. They weren’t tied into any smarthome system, but they were reliable and without maintenance.

The big step was finally purchasing a home automation controller to centralize my home automations and give me the ability to work with Z-wave. I went with a Vera smarthome hub (a veralite at the time), and a whole new world opened up to me. I installed Z-wave light switches and microswitches, smart plugs, home power energy monitors, water leak sensors, and multi-sensors (temp, motion, humidity, light) around the house. In an effort to improve home security, I installed Z-wave deadbolts so that I could remotely lock and unlock my doors. My shift into more DIY projects began by putting together a DIY smart garage door opener using a Z-wave relay.

The Veralite was the brains behind all of this. I was able to set up scenes that automated lights, notifications, automatically lock the doors and close the garage, and many other things. I was even able to integrate my alarm system so that I could trigger events using my alarm motion and door sensors that it knew the status of. My home truly was becoming smart and automated!

On the Internet of Things (IoT) front, one part of my smarthome that took a step back was my thermostat. In my old home, I had the Radio Thermostat CT50. But in this home, I had regular programmable thermostats. I didn’t have any C-wires, and they worked fine enough, so I left them be. My hydronic heating system was pretty new to me and I wasn’t sure what smart thermostats would work with it.

I did have a heat pump A/C system that used separate wireless thermostats, and a technology called Redlink from Honeywell. Honeywell sells an Internet gateway that connects wirelessly with the A/C system and provides the ability to control the thermostats remotely. After purchasing and configuring the gateway I at least had a partially smart HVAC system.

The real expansion in my IoT, however, came from the house’s expanded network connectivity. I decided that I would try and buy only network-connected devices. After about a decade of having the same equipment, I bought a new smart TV and a connected stereo receiver. I bought an Etherrain IP irrigation controller. I also purchased a Global Cache IP to IR converter to control non-connected IR devices over my network.

The Etherrain, Global Cache IP2IR, A/V receiver, and smart TV all integrated with my Veralite. This allowed me to automate things like:

I was still really big into multimedia streaming throughout my house. And I was more into MythTV than ever. I dabbled a bit in XBMC (Kodi as it is known now) as well. Every TV in the house had a mini-computer, like the Zotac ID84, running MythTV and XBMC. My primary file server was beefed up to store terabytes of videos and pictures and stream them everywhere in the house. Backups were automated on-site and into the cloud.

Keeping all this running took time. At one point I had over 10 computers running in the house that I had to keep patched and updated. I had distributed MythTV backends running various commercial skipping and transcoding jobs. The recording files were distributed across the network in various storage locations. It was actually kind of complicated architecturally.

Z-wave and using the Veralite smart hub were big steps in my smarthome journey. Now I could automate as well as remotely control many different devices. The Veralite worked well, but it was aging, started having stability problems, and stopped receiving updates over time.

After a while, all this became too much to keep up to date. Better smarthome solutions came, voice assistants rose in prominence, and cord-cutting went into full swing. All of these factors led to the next step in my smarthome evolution.

Home Technology Gift Shopping Resources
My Smarthome Evolution Part 4: The Future
Black Friday: The Tech to Look For (2019)
Share this:

My Smarthome Evolution: Part 2 – Getting Smart 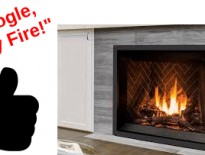 Home Assistant Creating a Smart Fireplace Switch With a Shelly Re… 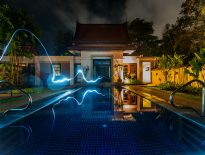