I’m just going to come out and say it. My Home Assistant configuration files were a mess before I took some time to organize them. The configuration.yaml file was filled with code and disorganized. My automations were all in one file, and I have over 100 automations. My scripts were in a similar situation. Over time, I built up dozens of sensor and binary_sensor templates, all in my configuration.yaml file. After appearing on the Home Assistant podcast and receiving encouragement (chastisement?) to split my files up by hosts Phil Hawthorne and Rohan Karamandi, I decided to get organized.

I want to make sure you know this article isn’t a discussion of the best ways to organize your Home Assistant configuration files. This article will point out a few options for you to consider. However, it will focus on what I decided to do and how I decided to do it. I hope this provides a practical example that helps some of you.

The starting state of my Home Assistant configuration files

I’ve been using Home Assistant for three years. In that time I’ve greatly expanded Home Assistant’s reach into my smarthome by writing numerous automations and adding integrations. What I haven’t done is spend much time planning or pruning my Home Assistant configuration files.

Home Assistant has a few options for splitting up code. Their documentation explains these options in detail. I’ll summarize:

Let’s start with the simplest example:

The above example moves automation, switch, and light code to separate files.

For the advanced options, I’ll copy the explanations directly from the Home Assistant documentation:

Let’s walk through an example of each of these:

In this case, each YAML file in the directory automations/ can have multiple automations inside. You could put the automations to turn the lights on and off in a file called lights.yaml. The key thing to remember when using a merge_list directive is that all the automations in all the files have to be in a list format (with a hyphen), e.g.:

to merge files in the scripts directory that each contains one script, or

to merge files in the scripts directory that can contain more than one script.

What I decided to do

For sensors, binary sensors, lights, switches, groups, remote, shell commands, REST commands, and input_numbers I used a simple include directive to store all of them in their own file. I don’t tweak or add to these as much as I do scripts, and there aren’t as many of them, so I think a separate file for each is okay. Here is the relevant section of my configuration.yaml:

Notice lines 2 and 3 above. I have a regular include directive and a merge list directive for automations. This allows me to organize the automations I write in files, while automations generated by the UI will still be stored in automations.yaml.

Another way I could have organized my files is by using packages. Packages allow you to bundle integrations (e.g. light, switch, input_boolean, etc.) together. You can combine packages with include directives for more logical groupings of features in your configuration. For instance, you could have a home theater package that contains all the lights, A/V equipment, and automations for that room in one package. I need to look into this further, and I may consider organizing my configuration in packages in the future.

I hope you leave this article with some idea about how to organize your Home Assistant configuration files. I’d love to hear how you do it (I’m no expert). Let me know in the comments or on Twitter!

What is your preferred Live TV streaming service? 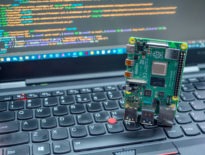 How To The Best Smart Home Gadgets You Can Make Yourself… 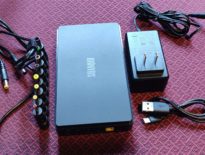