Last year, the maintainers of pfSense (Netgate) announced pfSense Plus. pfSense Plus is the productized version of pfSense that replaces pfSense Factory Edition (FE). Over time, it will diverge from pfSense Community Edition (CE) to have more and newer features. If you run pfSense CE right now, what does this mean for you? Which version should you be using? What are the differences? I will attempt to answer all of these questions in this article.

If you are reading this article, most likely you know what pfSense is. But just in case you don’t…

pfSense started as a free open source firewall and router that has many advanced features such as intrusion detection and protection systems, multi-WAN support, load balancing, and VPN capabilities. It can run in virtual machines and on custom-built and off-the-shelf hardware.

I’ve been running pfSense as my router software for years for many reasons. There are other good alternatives to pfSense, but I’m sticking with it for now.

How are pfSense CE and pfSense Plus similar?

The two products are similar in the following ways:

How are pfSense CE and pfSense Plus different?

Right now they differ only slightly in functionality, but there are some key differences in licensing, support, and long-term vision:

Which version should you run?

The version you should run is the subject of a lot of debate online. Proponents of staying with pfSense CE cite the following reasons:

Proponents of migrating to pfSense Plus say:

I think it comes down to what you believe Netgate will do in the future, and how much you want the newer features that are coming. Also, whether or not you want your router software to be open source.

I plan to wait it out a bit. I will upgrade to pfSense 2.6.0, but not migrate to pfSense Plus… yet. Right now, the feature differences are minimal and I want to wait a little more and see what happens.

For additional explanations and resources about pfSense Plus and pfSense CE check out:

Also, don’t forget, there are great alternatives to pfSense.

Are you staying with pfSense CE or moving to pfSense Plus? Let me know on Twitter or in the comments below.

pfSense CE vs. pfSense Plus: Which Is Right for You? 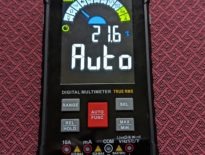