Most of what I write on this site is related to where my smart home is now. However, I started making my home smart over a decade ago. Everyone has to start somewhere. Hopefully, it’s helpful to show you how I started, how my smarthome has evolved over the years, and what I plan for my smarthome evolution in the future.

This is part 1 of a four-part series, focusing on the beginning of my smarthome journey. Part 2 will focus on some of the improvements I made over time. Part 3 of this series details where my smarthome is today. Finally, Part 4 will focus on future plans for my smarthome.

I will break each of these articles into the following categories:

When I first started with building my smarthome, around 2006, I didn’t really know what a smarthome was. I was mostly into figuring out how to store and stream media all throughout my house. Still, looking back, I was beginning to get into home networking. I was beginning to discover the value of automation. Slowly, by 2011, I had the building blocks of a smarthome.

When we first moved into this house home networking was not even on my mind. Believe it or not, I didn’t even own a router. I just had one computer (a windows computer!) connected directly to a cable modem. The only cybersecurity I had was a firewall and turning the computer off when I wasn’t using it. No WiFi. No network cables running anywhere in the house. My smarthome evolution was definitely at the beginning!

Eventually, I needed to have more than one device connected to my network. I purchased a Gateway ADC-320 connected DVD player (memories) so I could stream videos to my TV. But I didn’t have ethernet runs in the house and no wireless so I bought the classic Linksys WRT54G(L). The Linksys stock firmware was pretty limited, so I installed DD-WRT and immediately had much more capability.

Over time, I bought more devices that needed to connect to my network. I bought 2 more Linksys WRT54G routers, customized them with DD-WRT, and used them as wireless bridges. Eventually, I ran ethernet to a couple of rooms and then reconfigured the bridges as wireless access points. These worked great for me for over a decade. I still have them!

Always concerning myself with my family’s security, but never wanting to pay an arm and a leg to do it led me to a DIY security system. I wanted to be able to control it remotely, which, at the time, a lot of the big names charged a lot for. I bought a GE Simon alarm panel, a couple of door sensors and a motion sensor and installed them myself.

NextAlarm.com was my monitoring service, which was only $7 a month for central monitoring. NextAlarm also allowed me to program, arm and disarm my alarm from the web. I was quite happy with this way back when.

I hadn’t really gotten into any automations at this time. I didn’t have a smarthome hub or smarthome devices. Thinking back, I did have 3 automations. I installed digital timers for my front and back outdoor lights, my alarm automatically armed at night, and my thermostat was set to a schedule. Pretty rudimentary, but I could already see the power of automation.

Speaking of thermostats, the only real IoT device I had was the Radio Thermostat CT50. This WiFi-enabled thermostat controlled my furnace. This allowed me to set the schedule and change the temperature all from a web site. I was pretty stoked when I first got this to work. It’s still a pretty good inexpensive option if you are looking for a locally controllable smart thermostat.

I was all about multimedia at this time in my life. I ripped all my CDs and DVDs and wanted ultimate portability to stream them anywhere in my house. To any computer or any TV. I used quite a few solutions over the years: Windows Media Center, SageTV, and MediaPortal to name a few. But as I standardized to running Linux as my home OS in 2006, I stumbled upon MythTV. Once I went to MythTV there was no turning back.

I was able to record antenna and cable signals and stream them anywhere. I had a powerful web interface for managing videos, music, and recordings. The number of shows I could record and keep was only limited by my hard disk space, which I could expand anytime. I loved the automatic commercial skipping, the powerful recording rules engine, direct seeking, so many things. Eventually, I had a computer connected to each TV in the house and it became my family’s DVR.

Towards the end of this time, my wife purchased a Roku 2 for me. We mostly used it to stream CNET and music videos and play games. I didn’t know it at the time, but this streaming was the beginning of our multimedia future.

This was the beginning of my smarthome evolution. It seems like a lifetime ago, with ancient technologies. But the things I learned set the foundation for the next phase of my smarthome – which occurred when we moved to a new home in 2012. I made a ton of improvements on the way to having the smarthome I have today.

My Smarthome Evolution: Part 1 – The Beginning 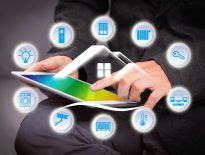 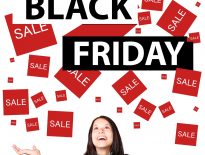