A few years ago I started getting into Docker. My first containers were to run Plex and Emby, and I still run both of them. The power and ease of Docker containers became evident to me very quickly, and I looked to Docker when I was adding, migrating, or updating services. Now I run more than 20 containers in my home lab across two different servers. In this article, I thought I’d go over the containers I’m running, why I run them in Docker, and how they are working out.

Background: What is Docker?

Docker is a container virtualization technology. Many people are familiar with virtual machines, which are virtual operating systems (OS) running on some host which isn’t necessarily the same OS as the virtual machine. Containers are another type of virtualization. Instead of virtualizing the whole operating system, like Windows and Linux, you virtualize just what you need for an application. For example, you can create a container with Plex, WordPress, or Apache that stores the application. These containers can run on different machines, and even in virtual machines.

If you are interested in Docker you can read my article about how I installed Docker. Another good resource for Docker is their official documentation.

What are the benefits of Docker containers?

As I’ve learned over the years, there are many benefits to running Docker containers:

Below are my important Docker containers and how I use them.

It took me a while to jump on the Docker train (whale?), and I am very glad that I did. Now, when I think about adding services to my home lab, I always consider running it in Docker.

Do you use Docker? What containers are your favorite? Let me know in the comments or on Twitter.

The Importance of Home Automation Today
My Search For Cellular Backup Internet For My Home
Start Using A Two-Factor Authentication (2FA) Key
Share this: 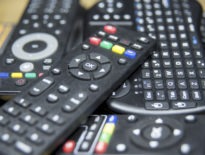 Cordcutting I No Longer Need The Perfect Remote Control 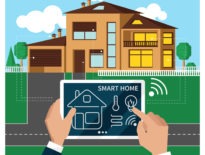 Thoughtworthy Living In A Smart Home: An Overview