There really wasn’t an urgent need. Home Assistant integrated easily with Vera and could control all of the devices. Also, my alarm system was set up as a secondary Z-Wave controller to the Vera. Not to mention I have over 50 Z-wave devices and repairing all of them would be a lot of work.

Problems with my current Z-Wave network

My veralite started off slow, and over time it became old, slow, and buggy. I actually needed to reboot it at least daily (created a script for this) in order for it to be reliable. Also, it often created “phantom” Z-Wave devices that didn’t exist (which I had to delete). It also stopped allowing me to add Z-wave devices. A couple of devices seemingly mysteriously just unpaired and I couldn’t add them back.

Earlier this year, Vera announced the end of support for the Veralite. I decided it was time to retire the Veralite and move my Z-Wave network over to Home Assistant.

Setting up Z-Wave in Home Assistant

Luckily, I had already prepared for this moment because I knew it was coming. I previously purchased and installed a Linear/Nortek HUSBZB-1 Z-Wave/Zigbee USB stick for use with Home Assistant. I purchased a couple of Zigbee ceiling fans and I thought, why not purchase a device that can control both a Zigbee and a Z-Wave network?

I already wrote an article on how I set up Z-Wave in Home Assistant so I won’t repeat all of that here. A couple of things to know:

The rest of this article will focus on the efforts needed to pair my Z-Wave devices.

Let me start off by describing my Z-Wave network. I have an assortment of light switches, plug-in modules, and tilt sensors. Then, throw in a water leak sensor, a home energy monitoring device, door locks, and multi-sensors. All in all, I have over 50 devices spread across my house and in my garage (check out my smarthome gear for details).

This led me to have to overcome the following issues:

Some of my Z-wave devices are too far away from the machine that runs Home Assistant (a VM inside a desktop). It’s not really feasible for me to carry around the desktop to get close enough the pair (include) all of my Z-Wave devices.

This was not a problem with my veralite. It had a battery that allowed me to take it to the location of the Z-Wave devices (my Z-wave stick does not have a battery). Additionally, it could use a “full power inclusion” mode that would use the rest of the Z-wave network mesh to pair without having to move the controller

My solution for this was to purchase a long USB cord and use a powered USB hub to move my stick across the house when needed. This worked like a charm! Remember, if you use a long USB cord, you’ll need a powered hub at the end because of the voltage drop.

Some of my wall switches are embedded inside of a regular wall switch. Because of the way I have some wired, the only way to put the devices in exclusion/inclusion mode was to open up the wall switch and press a physical button on the Z-wave device. This was a bit of a pain, but I persevered.

There were also a few devices I needed a ladder to access, like my tilt sensors. All in all, not too big of a deal. Just something to consider when if you decide you want to move your Z-Wave network.

Notes on some of the devices I paired

Here are some general notes on the different devices I moved over:

After adding all the devices, it was important to get polling and reporting configurations set right. Some of my devices (especially the energy monitors) can get really chatty with the wrong settings, which will slow down the responsiveness of my Z-Wave network.

It’s important to do a “heal” after adding a lot of devices in different locations. This helps Home Assistant build a good and strong mesh network for maximum responsiveness.

Everything migrated and worked with Home Assistant and my Z-Wave stick. I’ve been fully migrated over for a couple of months so I’ve had a good evaluation period. Here are the overall pros and cons of the move.

This effort turned out to be a good couple of hours of work, but I’m glad I did it. My smarthome is no longer dependent on the unreliable and aging veralite.

Home Assistant: Getting Started With Lovelace
Planning Your pfSense Router Install and Configuration
Finalizing My Year-Round LEDs and Holiday Lights
Share this:

Transferring my Z-Wave Network to Home Assistant from Vera 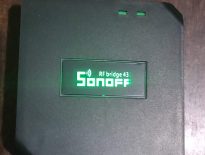 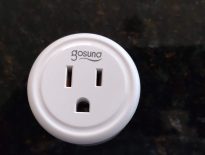