Editor’s note: This article was updated on 7/1/2020 to reflect changes in YouTube TV services and prices.

A year ago I made the switch from cable to YouTube TV. Overall, I’ve been pretty happy with the service and have no regrets of leaving cable/satellite (although I do miss MythTV). After a few months, I noticed a few things YouTube TV could improve. Here is my YouTube TV review update after a year on the service.

YouTube TV hasn’t stood pat over the year. While services like Playstation Vue have folded, YouTube TV has been expanding its offerings and feature set. Here are some of the things they have improved:

See also  7 Online Shopping Tools You Should Be Using

In my article about what YouTube TV needs to improve, I wrote about 3 features that need improving that are still really bugging me:

However, the new autoplay feature is my biggest annoyance. This has been the worst recent change to YouTube TV. On some platforms (Android TV, Apple TV, and Roku) Google will automatically start playing “recommended” content when you start the app. It has not once played anything I am interested in with this feature, and I’d rather it not do this. Also, this uses extra bandwidth, which may be one of the things you should concern yourself with when cutting the cord.

On my Roku, there is no way to turn this off. On other platforms, you can. I’m sure eventually everyone will be able to turn this feature off, but until then, it’s really annoying. UPDATE: My Roku’s gained this feature in mid-January!

I switched over to YouTubeTV a year ago and I have not regretted the decision. The experience, overall, is better and more portable than cable. Over the year most features have improved, but there are still a few things it needs to improve. Looking forward to another year of improvement.

If you are looking for a cable replacement streaming service, give YouTube TV a hard look!

Top 7 Ways To Get Money for Your Old Tech
Top 15 Christmas Tech Gifts under $50 (2019)
Ecobee3 Lite Smart Thermostat Install and Review
Share this: 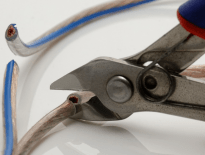 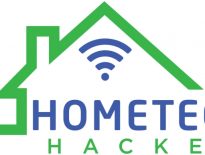