Are you looking into a streaming service? I’ve been a cable or satellite subscriber for all of my adult life. I spent some time using YouTube TV as my live TV and DVR provider and learned quite a few things.

TL;DR YouTube TV is one of the best cable replacement services, but there are some quirks you should be aware of!

YouTube TV is Google’s foray into the cable replacement streaming services. $50/month gets you a good set of channels, including popular cable channels like ESPN, AMC, Fox News, CNN, SYFY, and TNT. For additional monthly fees, you can get premium channels such as Showtime and Starz. Local stations are available in many areas. For a full list of channels available in your area, scroll down to the bottom of their welcome page. In addition to live TV, YouTube TV also offers an unlimited DVR where you can record all the shows you want. Recordings last 9 months before deletion.

You have to have a good, reliable Internet connection for YouTube TV to work. You also need to have a supported device. It works on:

With one subscription you can set up 6 different accounts (each can have their own set of shows they record, custom channel lineup, and recommendations), but you can “only” have 3 simultaneous streams. 3 is more than most services currently allow.

You can find a lot of YouTube TV reviews on the web, and I read a lot of them in my research before piloting it. I’m going to try and focus my observations on things I feel weren’t prominently mentioned in most reviews.

DVR scheduling of recordings and accessing recordings is quite different than traditional cable/satellite systems and can take some adjustment:

Put simply, YouTube TV isn’t cable, and it is best to have an open mind and not look to having the cable navigation and recording experience. It’s more like other streaming services you use, like Netflix and YouTube, where search and recommendations are kings, and going through a guide or looking at a recording list are antiquated. Not too mention, wherever you have a connected device, you have access to live shows and recordings. The future looks bright!

For more information about YouTube TV, remember to check out my article on improvements YouTube TV needs. Also, as of January 2020 I’ve updated my thoughts on YouTubeTV here.

See also  I No Longer Need The Perfect Remote Control

I No Longer Need The Perfect Remote Control
pfSense CE vs. pfSense Plus: Which Is Right for You?
My Search For Cellular Backup Internet For My Home
Share this:

How often do you use a VPN when you are on public Wi-Fi networks?

YouTube TV Review: Key Features And Limitations You Should Know 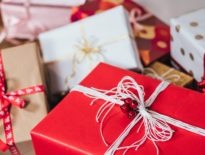