The recent announcement and glowing reviews of the Oneplus 8 and Oneplus 8 Pro, along with the release of Galaxy S20 and the slightly older LG V60 have me thinking about upgrading to a new phone this year. Not to mention, my wife has the Oneplus 7 Pro which I’m pretty envious of. As I think about my next phone I was inspired to think about my smartphone journey from the beginning until now. I started with an OG Motorola Droid and currently have an OnePlus 6T. Here are the cellphone steps I took along the way.

This is the original Motorola Droid phone. I can still remember all the Droid commercials that use to air on TV. I thought most phones screens were too small to overlay a keyboard on and still see much content. This phone really appealed to me because of the slide out keyboard. Those were the days. I actually still have this phone.

Despite owning a few smartphones over the years, this was my first and only Samsung phone, although my wife has had a couple. The “pure” and most up to date Android experience of the Nexus appealed to me, as did the ease of being able to take off the back and change the battery. I still miss being able to do that. But nowadays we have portable chargers.

I actually got this phone on the day of release. Went to a Verizon store and stood in line and everything. It wasn’t much of a wait, but this was the last phone I bought at a physical store.

I loved the Nexus experience so much (pure Android, fast updates) that I stayed with it for my next upgrade. This is the first phone I bought off contract, and I would never go back to those confining two year contract plans. I liked the pay as you go plans and being able to switch anytime I wanted.

I also really loved how this phone felt in my hand. So much so, that I never even bought a case for it. It had a great build, and I would have kept the phone much longer, but a kayaking mishap left this phone at the bottom of a lake.

After the kayaking accident sunk my Nexus 5 I had to contemplate my next phone a little early. A friend of mine raved about his OnePlus One and the value for the price. I scored an invite (remember that?) and got one which I loved. It truly was close to a flagship premium phone at half the cost. The sandstone material in the back felt good in my hand. I still have this phone. It served well as my son’s phone for a while until the battery became pretty unreliable. Speaking of battery problems…

I loved the premium feel and once again the Nexus experience. but the battery was unreliable. The phone could turn off at any time no matter the battery percentage. I used so many battery apps and tricks to try and fix this problem. I used to always carry around a portable battery in case of an emergency. This phone gave my battery range anxiety that took me a while to get over. Turns out, the phone was defective. I traded in for a Google Pixel (free swap!) which my wife used, and my son still uses it today.

Google ended the Nexus line. Their successor, the Pixels, had the same Nexus experience, but at a much more premium price. This made me look back at the OnePlus phones for flagship specs at a good price. Enter the OnePlus 5. After getting over the battery PTSD from the Nexus 6P this phone was a breath of fresh air. OnePlus’s OS, OxygenOS, was a breath of fresh air (see what I did there?). It doesn’t have much bloat but adds a few useful key features. This phone had a great screen, performance, and battery life. My only regret about buying this phone was that a few months later the OnePlus 5T came out. Its bezel-less screen was a significant upgrade, and I was a bit envious.

This leads me to my current phone. I have the OnePlus 6T (in glorious Thunder Purple) and I still love this phone. This time I got smart and waited for the T version. It is great to have an in-screen fingerprint reader and great performance. They dropped the 3.5mm jack for this phone, but I quickly adjusted. I pretty much only use wireless earbuds now anyway. I’ve had this phone a little longer than I’ve had my previous phones as there is no real reason to upgrade. Still, I’m starting to get the itch. Buying my wife a OnePlus 7 Pro with its gorgeous 90Hz screen and pop up camera have increased the itching.

My favorite cellphone over the years

You never forget your first, and the OG Motorola Droid cellphone will always hold a special place in my heart. But I really loved my Nexus 5. It was the best combination of features and prices and my first unlocked phone. This freed me up to upgrade and change carriers whenever I wanted.

My least favorite cellphone over the years

The Nexus 6P, hands down. I loved the phone, but the battery problem gave me anxiety!

I use my smartphone a lot more than I did five years ago, especially around the house. It isn’t all social media time. I actual spend a fair amount of time at home looking at security camera feeds and smarthome status, especially now that I use Home Assistant. The Oneplus 8 and 8 Pro will be strong contenders for my next phone. I’ll probably wait until the fall and see what the year brings, looking at the latest Pixel, and the OnePlus 8T that will undoubtedly come out. It will be a hard choice, but I’ve decided that this is the year I’ll upgrade to a 5G phone, as it starts to become more prevelant over the next year or two. That’s probably how long it will take me to fall in love with my next phone…

What’s your smart cellphone journey? What was your first and what do you currently use? Are you upgrading soon? Let me know in the comments or on Twitter.

Quick Thoughts on the Perfect Universal Remote
Living In A Smart Home: An Overview
Why Home Assistant is the Perfect Smart Home Hub for Me
Share this:

This website uses cookies to improve your experience while you navigate through the website. Out of these, the cookies that are categorized as necessary are stored on your browser as they are essential for the working of basic functionalities of the website. We also use third-party cookies that help us analyze and understand how you use this website. These cookies will be stored in your browser only with your consent. You also have the option to opt-out of these cookies. But opting out of some of these cookies may affect your browsing experience.
Necessary Always Enabled
Necessary cookies are absolutely essential for the website to function properly. This category only includes cookies that ensures basic functionalities and security features of the website. These cookies do not store any personal information.
Non-necessary
Any cookies that may not be particularly necessary for the website to function and is used specifically to collect user personal data via analytics, ads, other embedded contents are termed as non-necessary cookies. It is mandatory to procure user consent prior to running these cookies on your website.
SAVE & ACCEPT
Thoughtworthy 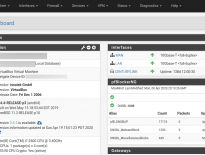 Home Networking 6 pfSense Configurations To Do After Install 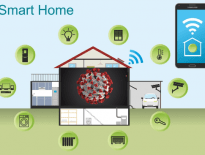 How To Equipping Your Smarthome For COVID-19 Coronavirus…