Earlier this year I wrote an article about installing and planning my year-round LEDs, in the summer no less! Make sure to check out that article if you want to know and see demonstrations of what I’ve done up until this point. At the time I published that article I was still waiting for some LEDs to arrive so I could finish installing LEDs on my deck. I ended up changing my plans for my deck lights (more on that later). Read on for what I ended up doing and to find out how all the lights have turned out.

Editor’s Note: Be sure to also check out some LED additions I’ve made since this article.

Originally, I was going to mount 12V LED strips around the deck. I was going to try and make it a stealthy install, and it was probably going to require a lot of power injection. Below is a diagram of what I was going to install:

I waited a very long time to get my LEDs from China. When I finally did, one of the strips didn’t work right. This also gave me time to really think about how the installation would work. I decided that I wasn’t going to be able to install it in a stealthy enough way to make it worth it. Plus, I wasn’t sure I’d get the effect I wanted from the strips pointing down. I really liked the string lights on my gutter, so I pivoted to a string light installation.

What I ended up installing on my deck

So I went back to the drawing board for what I was going to install. I could still use a lot of the equipment I was planning on using, but I made some key modifications to my installation.

I spent a fair amount of time soldering wires for the power injection connections and making sure all my connections are tight an waterproof. For some the the connections I used a combination of rescue tape and these mini holiday waterproof cord protectors to protect the JST connections between LED strips.

How this and the other lights all turned out

This ends my permanent light installations for the year. The deck lights turned out pretty well.

Here are some videos of most of the LED lights I have permanently installed around the house.

My permanently installed LEDs are controlled by Home Assistant via its WLED integrations and REST commands. I have multiple automations that theme the lights for various occasions including:

Beyond the year-round LEDs, there are a couple more parts to finalizing my holiday lights. First, I have a few lights that I will install specifically for Christmas. These include LED string lights around the Christmas tree and some lights and stakes I’ll put around the yard. The non WLED lights are connected to power via smart switches. I have all of these controlled by Home Assistant.

Once you get the LED bug, you get it for good. Or, at least I did. I now run my year-round LEDs and change color schemes for different holidays and special events. Why should Christmas time be the only time for lights? In these pandemic times, beautiful lights really help lift my spirits!

If you think some of these projects are more complicated than you’d like to deal with, you can always buy smart LED strips and strings that are ready to go and automate.

The Importance of Home Automation Today
Shelly RGBW2 Review - Easy to Use LED Controller
My Holiday Tech Haul
Share this: 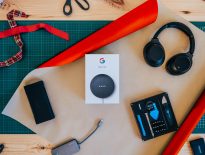 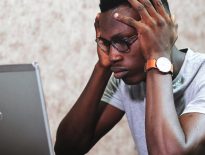