I’m a big fan of pfSense. I’ve written articles about why I use pfSense, pfSense tips and tricks, and even articles about the best pfSense hardware. I know pfSense isn’t the only router software out there. Other choices might be better for you. Here are the top 7 pfSense alternatives you should consider.

OPNSense is a rising star in the router software arena. It is powered by HardenedBSD, which is a security-oriented fork of FreeBSD. Its current development pace is rapid, and it’s packed with features. It also has one of the best user interfaces of all of these options. Like a lot of these options, its primary weakness is its Wi-Fi support. A lot of OPNSense users started with pfSense. And, if your hardware runs pfSense, it will probably run OPNSense.

ClearOS is a CentOS-based router OS. They offer a community-supported version free of cost as well as commercial options. The interface has lots of help built right in, making this a good choice for those new to rolling their own router.

IPFire is a Linux-based router OS that’s an up-and-comer. It is a little newer than the other options in this article, but it is rapidly catching up to others in options and features. It has a ton of firewall features, but it is growing in router features as well.

Sophos is best known for its antivirus software. However, they make commercial router software as well as the home use firewall/router software, XG Sophos Firewall. Sophos has great malware protection. It functions as a standalone security appliance or as a traditional router/firewall combo.

Untangle is another popular router OS that has free and paid versions. Unfortunately, the free version is somewhat limited, but it may work for you. It has a good user interface, and it is relatively easy to install and use. It also has a great set of reports and dashboards. Make sure and do your research on features and pricing before committing to Untangle. The paid versions are offered on a subscription basis.

OpenWRT is made primarily to replace the software on existing routers, but it can also run on x86 (PCs, server hardware, VMs) machines. It is a very mature OS and has some of the best Wi-Fi support around, unlike a lot of other router software options. It has a pretty good GUI and a ton of add-on packages.

Wait, I said alternatives to pfSense so what is this doing on the list? pfSense Plus recently forked away from pfSense community edition (CE). Over time pfSense Plus and pfSense CE will continue to diverge. pfSense Plus is expected to have more features.

pfSense CE is great, and I’ve been using it for years. However, there are plenty of other choices for router software, all of which are pretty robust. And the pfSense hardware I recommend will work for most of these options too. You could also decide you just want to buy a good Wi-Fi router of the shelf.

Do you use any of these? Are there ones I left off the list? Let me know in the comments or on Twitter. 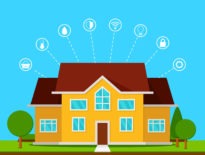 Home Networking The Current State of My Smart Home (2022) 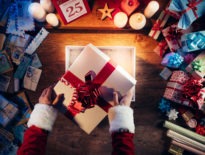