Home Assistant has announced that the Z-Wave and OpenZWave integrations are going away in release 2022.4. The only supported Z-Wave integration will be Z-Wave JS. I migrated my Z-Wave network to Home Assistant’s legacy Z-Wave integration a couple of years ago, and it was a lot of work. I had to repair all of my devices. Thankfully, moving to Z-Wave JS integration doesn’t require repairing, but it isn’t without work, especially if you run Home Assistant core in a Python virtual environment. How much work is it? Here are the steps I went through.

I have 42 Z-Wave devices and well over 200 entities, many of which I use in various automations. My smart home really depends on Z-Wave. I was concerned with the following before starting my migration:

With these concerns in mind, I proceeded.

Because my family relies on Home Assistant so much, I’m wary of totally breaking it. Luckily, I’m pretty methodical about backups. I upgraded Home Assistant to the latest version and made sure to update all of the Ubuntu packages. Then, I took a snapshot of the VM before proceeding. This way, if something catastrophic happens, I can just restore the snapshot.

I also wanted to have documentation of all my Z-Wave devices and entities so I could verify all my Z-Wave entities migrated and know what they should all be named to work with my UI and automations. I ran the following code in the Home Assistant -> Developer Tools -> Template to get a full listing:

Also, I documented my Z-Wave security key (used by security devices like my Z-Wave door locks) and the USB device location. Both are needed to configure your Z-Wave JS server. You can find these in the existing Z-Wave integration settings in Home Assistant. Note that you’ll need to convert the key from a byte array (0x01, 0x02, 0xFF, etc.) to a 32 character hex string (0102FF…) by dropping the 0x in front of each number. This is the format the Z-Wave JS server expects.

With all that prep done, remove the Z-Wave or OZW integration from Home Assistant and reboot your server.

Since I’m running Ubuntu 20.04 server as my base OS, I decided to install ZWaveJS2MQTT as a snap package. Ubuntu comes with snapd installed, but if you are running a different OS you’ll want to make sure that snapd is installed with these instructions.

At the time I installed it, the stable snap channel for ZWaveJS2MQTT was running too old of a version for newer releases of Home Assistant, so I installed it from the edge channel. When you install, check the necessary version for Home Assistant and which snap channel you’ll need. You probably don’t want to stay on the edge channel if you don’t have to. I’ll probably switch to the stable when it is updated enough. I also gave the package access to USB so it can access my Z-Wave USB stick:

The last line above runs ZWaveJS2MQTT without daemonizing it, which is good for initial configuration and testing.

By default, I could only access the web interface from http://localhost:8091, not from any remote machine. Allowing access from external machines is configurable in the ZWaveJS2MQTT UI, but also from the command line. For example, if you needed to modify which machines have access to the web UI and which port ZWaveJS2MQTT’s web interface runs on you could do:

Configuration was straightforward. I needed the network key and USB location of my Z-Wave dongle that I saved in the first step. In the ZWaveJS2MQTT UI, I went to the Settings->Z-Wave and entered the USB location and the S0 legacy network key. I then had it generate new S2 level keys in case I add devices later that support these. There are other Z-Wave settings in this screen, which you can learn more about in system documentation or in my supporting resources towards the end of this article.

I also turned on the Home Assistant WS Server integration for use with the Home Assistant Z-Wave JS client-side integration. To start, I configured the MQTT gateway with my MQTT server credentials and location, just so I can see what gets passed via MQTT. This step is completely optional. Later, I determined I didn’t need to use any of the MQTT messages so I turned this feature off.

Step 4: Interview the Z-Wave devices (wait for a while)

This step took long enough that for a while I thought it wasn’t working and that I was going to have to revert. I’m sure how long this takes is highly dependent on the number, type, and locations of your Z-Wave devices. For me, this took over an hour to complete. The ZWaveJS2MQTT control panel contains the status of all of the Z-Wave devices, including what stage of the interview process they are in. All you have to do is watch and make sure the devices are populated with the right information properly.

After I was confident everything was interviewed properly, and I tested and played with some of the Z-Wave devices via the control panel, I decided it was time to daemonize the ZWaveJS2MQTT server (which means it will automatically start on boot and run in the background). Just a one-line command:

All of my Z-Wave devices populated quickly, but all devices and entities had new names. The node IDs, however, stayed the same and I used the listing of nodes and entities I created in Step 1 to rename the entities. With 200+ entities, this took some time.

Sometimes it was hard to tell which entity mapped to my old entities, or if it came over at all. Occasionally I had to watch the entity values change while I played with the Z-Wave device to know what the entity was supposed to be.

Step 6: Finishing touches (aka, things I had to fix)

Most things worked fine after renaming entities, but a few things needed some extra tweaking.

Door Lock Logic — I had some extensive logic for my two Z-Wave Yale door locks based on two sensor entities, alarmLevel, and alarmType, that came over as disabled when I migrated to Z-Wave JS. At the time, I didn’t realize you could enable the entities. That probably would have prevented me from doing all the work I eventually did.

Previously I had sensor templates set up to tell me who unlocked the door and had some actions trigger off of that. Since I didn’t think I had that this time, I explored using MQTT data to recreate this, but then I discovered Z-Wave JS event notifications. I watched the event data via the Home Assistant developer tools by watching zwave_js_notification. From this, I was able to reverse engineer which code was used to unlock the door and map that user to a person, which I stored in input_text fields.

Here’s a version of the automation I used for both deadbolts to map the users:

Then I changed my pre-existing automations that trigger off who opened the door to use the appropriate input_text entity.

All other items were fixed by realizing that I could enable some of the disabled entities that I used to use before.

This whole change took an afternoon, and then I spent another couple of hours reverse-engineering the door lock event information and redoing the logic. So, not too bad.

Overall, this is a very positive change:

Still, I hope to not have to do this level of migration again. I also hope that the snap package of ZwaveJS2MQTT keeps up with the Home Assistant required version, or I may have to manually install it, or hold off on my Home Assistant upgrade.

If you’re hesitating to migrate, I understand. You shouldn’t be too concerned because this is all works pretty well. It’s even easier if you’re running HassOS or Home Assistant supervised (then you get to use the migration wizard and official Home Assistant Z-Wave JS server add ons). But, it’s not too bad even if you have to install things manually. Just remember to back up your installation and document your Z-Wave node information and network security key no matter what way you migrate.

by HomeTechHacker time to read: 9 min 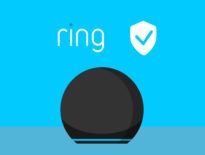 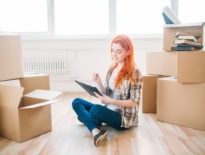 Cordcutting 9-Step Tech Checklist for Moving Into a New Home