Not too long ago I wrote about the current state of my smarthome, including my home lab. In short, my infrastructure was old, mangled together, and in need of consolidation and modernization. I spent a couple of weeks upgrading and updating my home lab while having as little downtime for the services my family relies on (often without even knowing it) as possible. Read on to learn what I did.

I should note, this article is more about explaining what I did than documentation or a how-to for all the things I did. This is not a step-by-step tutorial, but I will include the reasoning and results behind what I did.

My home lab before updates and upgrades

My home lab infrastructure was old and kludged. It basically consisted of two computers:

I had many cost-related, functionality, and simplification reasons and goals for rebuilding my home lab:

See also  The Current State of My Smart Home

Here are the specs for the hardware I started with:

While “Firestorm” is an aging computer, it has been rock solid, so I decided I would keep the hardware and simply repurpose the machine. It’s uptime before I repurposed it was actually 450 days!

Superman is fairly modern and makes a great desktop machine, so I decided to kept that machine the same.

In order to accomplish my goal of minimal downtime and, learning Proxmox I decided to buy a new machine to serve as my primary VM Host. I ended up going with a NUC with the following specs:

I waited for sales and price drops and was able to keep this all to a little over $400. However, I also wanted to go from a software to a hardware router again. This is a purchase I had been putting off.

I wrote a popular article about choosing pfSense hardware, and I just decided to take my own advice and bought one of the machines I recommend: the Qotom Mini ITX Q330G4.

What I did and why

My primary step by step plan was to do the following:

How it turned out

Overall, it took me about two weeks in my spare time to do all of this. While I recreated my services in the new VM, I spent a good amount of time documenting the steps so I could recreate them at any time. Starting from a Proxmox template saved a lot of time too. As I replaced each VM, 1 by 1 I shut down and archived the old VM and brought up the new one. The only one I had any troubles with was my Home Assistant VM, and that’s because I neglected to copy over all of my configuration files. Otherwise, swapping VMs never resulted in more than 5 minutes of downtime.

The router swap took a little more time because of a misconfiguration of interfaces. All in all, my family did not experience any frustration from the changes. Just a little time with no Internet access and a little time with the fileserver being down.

A few things stood out about my experience:

What’s left to do

There is always more to do. In the short-term I plan to investigate using a Proxmox cluster as right now my two Proxmox hosts are independent. I also plan to investigate setting up a docker swarm or Kubernetes to have high availability and failover with my Docker containers, which I have more and more of every day.

Unfortunately, my primary desktop is still my backup file server (on-premise, I also back up my files offsite, as I detailed here). I plan to virtualize my backup server in the near future, but I want to buy more storage first. Just waiting for the right sale. I also need to upgrade my primary desktop to Ubuntu 20.04 (Edit: Done!). This won’t be a problem now that I don’t rely on it as a VM Host. I also plan to move my file storage to a NAS (Edit: Done! Here’s the NAS I chose).

I still use my Blu-Ray drive occasionally, but I can’t easily now because it is in a Proxmox host. I’ll need to either move it over to my primary desktop, or spin up a desktop VM and see if I can pass it through.

I also need a good UPS solution for my backbone network switch. I have had a few solutions that didn’t work so well, so I’d like to find a better one (Edit, I found a solution. Here’s the UPS I use now).

I’m also going to improve my server and network documentation. It’s not bad, it just needs some more organization. I’m going to give DokuWiki a try. If that doesn’t fit my needs, I’ll probably go with a WordPress site.

Most of all, I need to keep learning. There’s so much more I can do with Proxmox and Docker. I always want to be ready for the next thing!

Updating my home lab took a lot of effort and planning, but it was all worth it. I’ve improved all of my services. At the same time, I’ve made it easier to add more features and keep the current ones updated. I’ve reduced my energy usage, improved my Internet speeds, and created redundancies for all of my critical services. I am glad I won’t have to do this level of effort for years to come. When I do, it will hopefully be even easier with this technology stack.

What do you use as your home technology stack for your home lab? How do you handle large updates, upgrades, and migrations? Let me know on Twitter or in the comments!

ASUS PN63-S1 Small Form Factor PC Review
How Much Does a Smarthome Cost?
My Docker Containers: A Few Months Later
Share this: 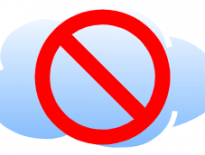