I run Ubuntu LTS (Long Term Support) on all of my servers, and on my regular desktop. Regular releases of Ubuntu have a six-month release cycle, which is too frequent for me, given all the home lab servers I run. The LTS releases are updated every two years; thus, I upgrade all of my home servers and desktops every two years. Additionally, regular Ubuntu releases are only supported for nine months, whereas LTS releases are supported for 5 years! Here’s my experience upgrading my machines to Ubuntu 22.04 (codename Jammy Jellyfish).

Right now, my home lab primarily consists of two Proxmox hosts running a few Ubuntu server VMs and a couple of other OSs. I consider five of the Ubuntu Server VMs to be “production,” meaning they run services that I or my family count on each day. My primary desktop runs Ubuntu Desktop. Prior to upgrading to Ubuntu 22.04 (Jammy Jellyfish), all of my production and desktop Ubuntu systems ran Ubuntu 20.04 (Focal Fossa).

Although standard support for Ubuntu 20.04 isn’t scheduled to end until April of 2025, I still wanted to upgrade to the latest LTS. Over time, fewer and fewer newer releases of software will make it to older Ubuntu releases, and I don’t like to be too far behind.

With that as background, let’s go through the upgrade procedure, and how the upgrade fared for all of my machines.

The point release gives time to iron out the kinks in the release and in the upgrade.

See also  5 Ways To Protect Yourself From Data Breaches

Step 1: Back up your system

Make sure you have your user data and system backed up before upgrading. You never know when something will go wrong and you don’t want to lose important data. You may also want to be able to restore your system in case the upgrade goes wrong.

Before upgrading to a new version of the OS, you should make sure all your current packages are updated. The following command should bring your system up to date.

This could take a long time depending on how long it has been since you upgraded your system packages. After all the packages have been installed you should reboot your system. If you don’t, when you try to upgrade to Ubuntu 22.04 it will probably ask you to reboot before upgrading.

When you go to upgrade your Ubuntu server from 20.04 to 22.04 the upgrade tool will open a backup SSH connection point on port 1022. Depending on your firewall settings, this port may be blocked. If you are upgrading via SSH you’ll want to make sure you have access to this backup port. The following commands will take care of that if you use the standard UFW firewall.

After these steps, it’s finally time to actually upgrade your system using the do-release-upgrade tool. You can install the tool with the following command:

You start the upgrade with the following command:

The upgrade tool will walk you through the upgrade with prompts and questions. If you are upgrading while on an ssh connection it will first notify you that it wants to open up a secondary ssh connection on port 1022. If you followed the earlier instructions, you are ready to go for this, and you can just select “Y” to proceed and then press “enter” when it asks you to open up port 1022 (since you’ve already done it).

Next, you will be prompted to update the contents of the sources.list file from ‘focal’ (Ubuntu 20.04) to ‘jammy’ (Ubuntu 22.04) entries. Press “Y” and then press “enter” to proceed with the upgrade.

The update tool will run some calculations and analysis and provide a summary of the following:

Step 5: Step through the package installs and config file choices and complete the upgrade

The tool will proceed to download the packages and start installing them. You’ll be asked questions about:

The upgrade tool will download and upgrade many, many packages. This may take a while. Make sure you pay attention so you can answer questions about config files.

You’ll be prompted to reboot the system to finish the upgrade. Press “Y” and hit “enter” to reboot.

When your system comes back up, you can verify that you are now on Ubuntu 22.04 with the following command:

I ran these upgrades for six of my machines. Here’s how it went for each one:

I’ve been using Ubuntu for over 15 years as my primary OS. I’ve had some rocky upgrades in the past. I’m always prepared to reinstall, but mostly I’m hoping I don’t have to. This year, my upgrades were smooth, and the only problems were with some upgraded packages. Here’s hoping it is smooth again in two years!

How often do you upgrade your OS? How does it usually go? Let me know on Twitter or in the comments.

7 Settings to Configure on Your WI-FI Router Now
Home Assistant Can Control Google Assistant
Is It Necessary to Have a Multi-protocol Gateway in My Home?
Share this: 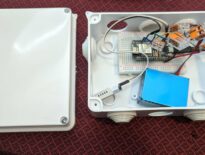 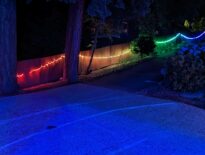